Seljuk Empire
The Seljuk Empire, formerly the Eretna Beylik and Eretna Empire, is a Turkish e-nation created by TimurTurk, who was formerly known as Savaşçı92. He also formerly lead Sultanate of Microsoft Agent. This e-nation was formed after TimurTurk and Konnor decided to sign a peace treaty, renaming his sultanate group after it came back and attempted to attack The Microsoft Agent Frontier Empire and its allies during the 2nd Frontierian-Sultanate War. It's main server originally was originally a part of The Empire Of Chaoland, before it started advancing into the logo community, and took a 130 member logo editing related server, and proclaimed as its base. TimurTurk later stated that he felt bad for causing The Reborn Persian Empire to fall, and said that is a way he could avenge them. On June 2nd, 2020, TimurTurk declared it as the Seljuk Empire after its successful advancements further into the logo community. However, on June 6th, 2020, TimurTurk stated that his empire had overstretched itself in the logo community, and decided to halt any further logo conquests. On June 6th, 2020, TimurTurk had decided to quit the attacks due to drama, and later quit the internet, and let TMAFE take care of his empire by giving it to TMAFE. However, both logo editors and MS Agenters showed niceness towards Timur, which finally lead him on his decision to stay.

Here is a list of eyalets (territories/provinces) of the Seljuk Empire.

The flag with the bow and arrow and white eagle is the current flag of the Seljuk Empire, with the other flag being its military flag. 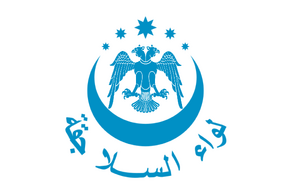 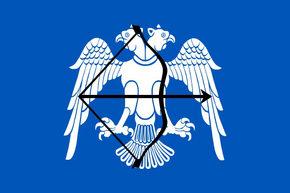 Retrieved from "https://tmafe-archive.fandom.com/wiki/Seljuk_Empire?oldid=4680"
Community content is available under CC-BY-SA unless otherwise noted.